NOTE:  You can also see these events in a List View.

Unveiling of State Historical Marker at Woodlawn Cemetery - 10 am

Join the City of Fort Lauderdale, the Florida Department of Transportation, and our neighbors as we unveil a
Florida Historical Marker at Woodlawn Cemetery. The cemetery, which is listed on the National Register of Historic Places,
dates back to the 1920s during a time when African-Americans were not allowed to be buried in traditional cemeteries.
It serves as the final resting place for many of Fort Lauderdale’s pioneering African-Americans, whose contributions played
a significant role in the development of our City. 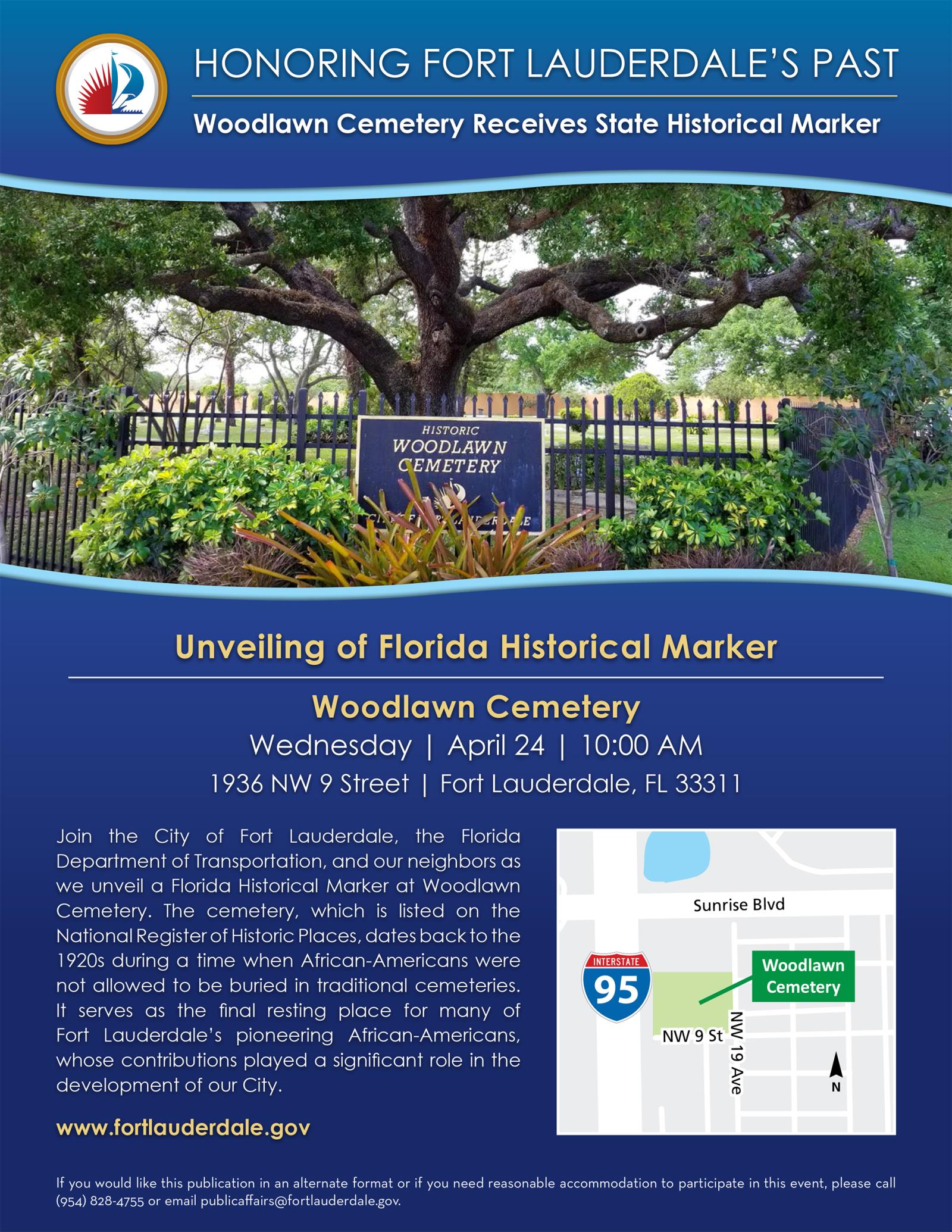