Greater Fort Lauderdale is a diverse and welcoming community with one of the highest concentrations of same-sex households in the nation and hundreds of LGBTQ-owned businesses.

With this honor the City of Fort Lauderdale heeds the call to all inclusivity ideas that unites us as a community. One such idea that brings us together is the appointment of an LGBTQ City Liaison.

The LGBTQ City liaison serves as an accessible and friendly ear to the City’s LGBTQ+ community and elevates LGBTQ-related concerns to the City executive and other City officials.

One of Fort Lauderdale's top priorities is to be an inclusive and diverse city, and having appointed LGBTQ liaisons is ways we embrace that mission. 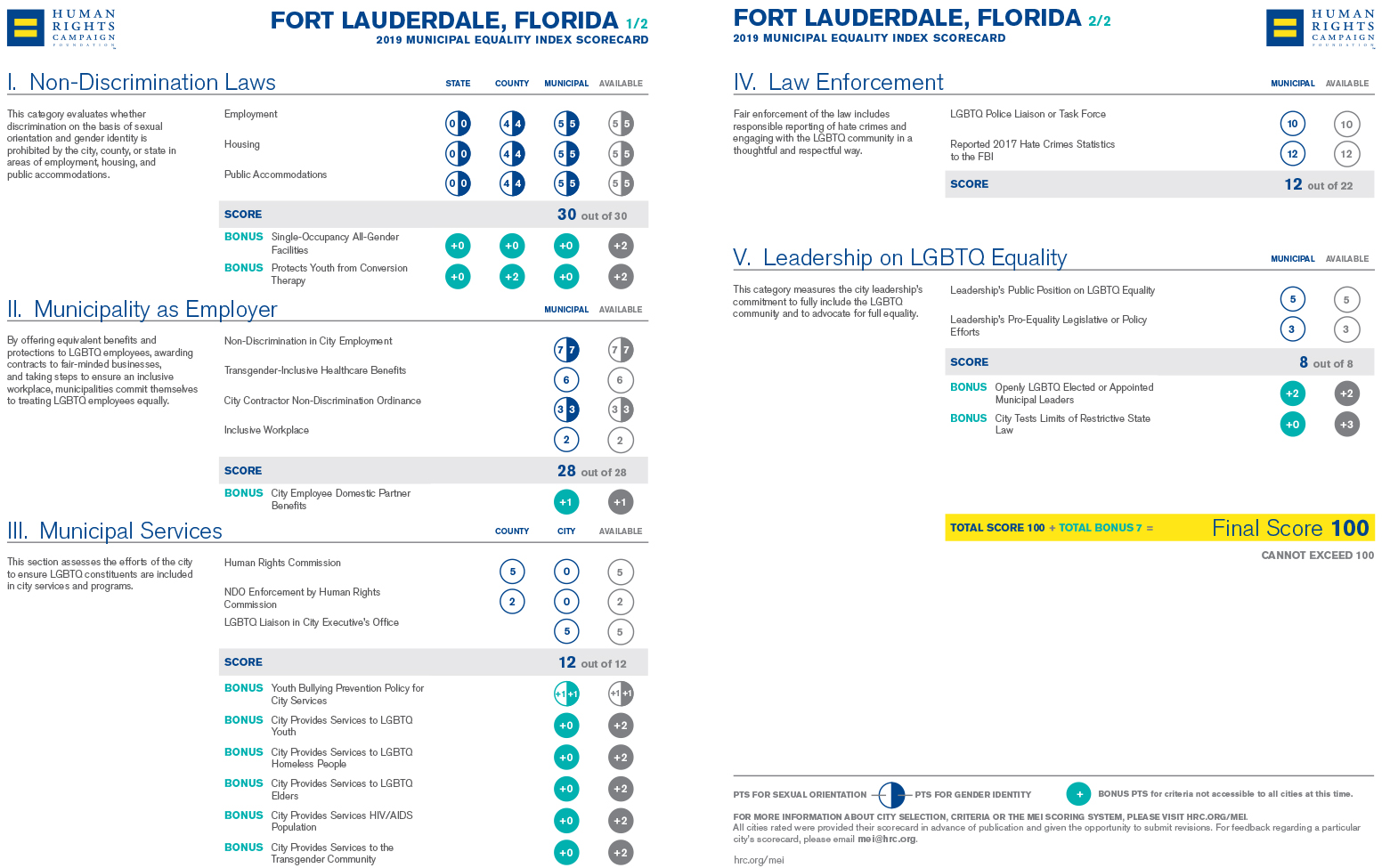 (MEI), which assesses LGBTQ+ inclusion in municipal laws, policies, and services nationwide. The City is proud to join 87 other cities across the U.S. that earned perfect scores, including five others in Florida – Miami Beach, Orlando, St. Petersburg, Tampa, and Wilton Manors.

Read the City's press release
View the full report, detailed scorecards for every city, and a searchable database at www.hrc.org/mei.