Rhoda Mae Kerr was sworn in as the City of Fort Lauderdale Fire Rescue Chief on July 2, 2018. With the appointment, Kerr became the City’s first female Fire Chief in the 106-year history of the department.

Chief Kerr brings almost 40 years of experience to her position where she oversees a staff of almost 500 professional firefighters, ocean-rescue lifeguards, and administrative personnel and directs day-to-day operations for the fully accredited department that responds to more than 54,000 calls annually.

Prior to joining the City of Fort Lauderdale, Kerr spent almost 10 years as Fire Chief of the City of Austin, Texas, managing one of the nation’s 20 largest fire departments, with nearly 1,200 sworn personnel, 113 civilian personnel, and 47 fire stations. From 2004-2009, she served as Fire Chief of Little Rock, Arkansas where she was instrumental in the implementation of a bond program to renovate the City’s fire stations, upgrade communication equipment, and complete a Fire Training Academy.

A fourth-generation firefighter, Kerr began her career in the fire service in 1983 with the City of Fort Lauderdale. Over the next 20 years, she steadily rose through the ranks serving as a Firefighter, Driver/Engineer, Lieutenant, Battalion Chief, Division Chief, and ultimately, Fort Lauderdale’s first female Deputy Fire Chief.

Chief Kerr was appointed as Interim Assistant City Manager during an important transition period for the City of Fort Lauderdale. As of January 2019, she oversaw Public Works, Sustainable Development, Transportation and Mobility, and Parks and Recreation departments until October 2019.

In December 2016, Chief Kerr was appointed by President Barack Obama to the National Infrastructure Advisory Council, where she along with academic, public, and private sector experts, advises the sitting President on matters regarding the security of critical infrastructure and related information systems.

Chief Kerr holds a Master’s in Public Administration, a Bachelor of Arts degree in Physical Education and Health, and an Associate’s degree in Fire Science Technology. She earned two certifications from Harvard’s program for Senior Executives in State and Local Government and National Preparedness Leadership Institute and is a graduate of the Executive Fire Officer Program. Prior to entering fire service, Chief Kerr was a coach and physical education teacher at the high school level for 12 years.

Chief Kerr is an avid sports enthusiast, enjoying cycling, golf, tennis, and skiing. She is also an avid Dolphins fan and a season ticket holder to the Hard Rock Stadium. 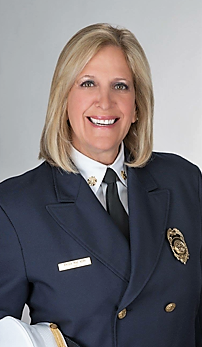 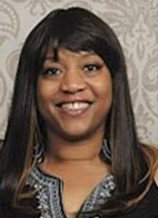