Fort Lauderdale's swimming heritage dates back to the Civitan raft off Las Olas Boulevard and the monumental Casino Pool, which followed in 1928. As the first pool of Olympic size (50m x 20m) in Florida, it remained at the forefront of the swimming scene for nearly half a century and consequently witnessed a great deal of American swimming history.

Located directly on the beach at what is now known as D.C. Alexander Park, just south of Las Olas Boulevard, this beautiful Spanish-style facility was engineered by Clifford Root and filled twice a week with salt water directly from the Atlantic Ocean.. The Casino Pool (1928-1966) was home to the nation's top swimmers for decades, namely, Katherine Rawls, Fort Lauderdale's first celebrity of sport and international athletic ambassador. The pool cost $150,000, and measured 50.38 meters by 18.3 meters (55 yards by 20 yards). 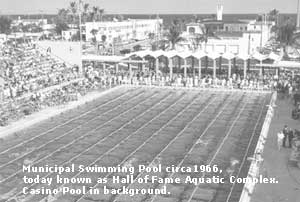 As a training site for many national and international teams, the complex is unique in that it is also a public facility, operated by the City's Parks and Recreation Department. Citizens and visitors of Fort Lauderdale have an opportunity to swim in the same pool that Olympic and World Champions train and ten world records have been set.

destination, but it launched Fort Lauderdale's swimming legacy with the beginning of the College Swim Forum in 1935 and later the International Swimming Hall of Fame in 1964.

At five feet two and a muscular 107 pounds, she was described as "a tiny slip of a girl with the fighting spirit and trim lines of a tarpon." But it was the kind personality and charm of this Fort Lauderdale High alumna that sold South Florida and Fort Lauderdale to millions in newsreels, magazines, and newspapers across the world.

Katherine Rawls reigned supreme over American swimming and diving during the 1930s. In 1937 she was elected by the Associated Press as "The Number One Athlete of the Year" among female competitors taking top honors over champions including Patty Berg, Babe Didrikson, Alice Marble, and Eleanor Holm.

Katherine Rawls inspired generations of children and is amongst the greatest athletes Florida has produced, capturing a record 30 national titles in swimming and diving. During her career, Katherine won 14 national outdoor swimming titles, 11 indoor national titles and five national diving titles in addition to making the 1932 Olympic Diving Team and the 1936 Olympic Swimming and Diving Teams, and holding the world record in the individual medley.

At her retirement in 1939, Katherine joined the war effort by becoming one of the world's top woman flyers and one of the original 25 women pilots selected for the U.S. Squadron of Women's Army Ferry Service, who shuttled World War II planes to combat zones for the Air Transport Command.

References:
Burghard, August. Half A Century In Florida
Dawson, Buck. Weissmuller To Spitz

Athletes that have represented the City of Fort Lauderdale as members of the USA Olympic Team:

*Jack Nelson is the only head Olympic swimming coach to have also been an Olympic athlete.

Since its opening, ten world records have been set at the Fort Lauderdale Aquatic Complex. Two were broken in one day on August 13, 1991, during the Phillips 66/US National Swimming Championships. Two more were broken within 48 hours in August 2002. (Left: Michael Phelps, 08/15/02; Right: Natalie Coughlin, 08/13/02; photos courtesy of Al Bello/Getty Images) 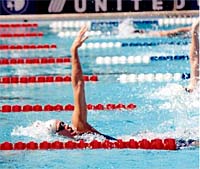 To the left is Natalie Coughlin of the USA, on her way to becoming the first woman to swim under one minute in the 100-meter backstroke and the first American in 37 years to hold the world record in the event. (August 13, 2002; photo by George Olsen)

To the right is Michael Phelps of the USA, on his speedy way to a new world record in the Men's 400m Individual Medley. (August 15, 2002; photo by George Olsen)

For other world records, see the following chart: 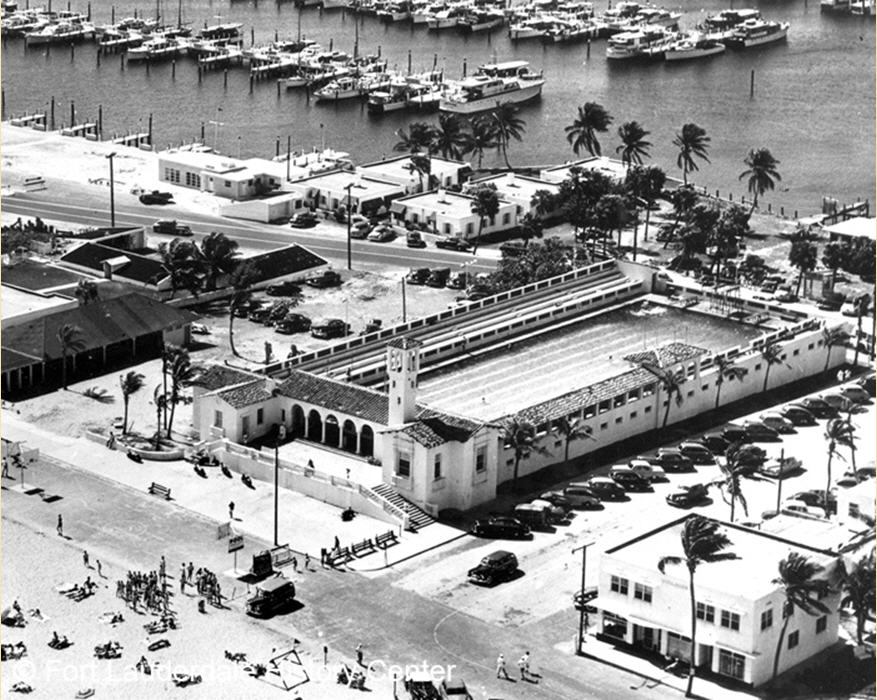 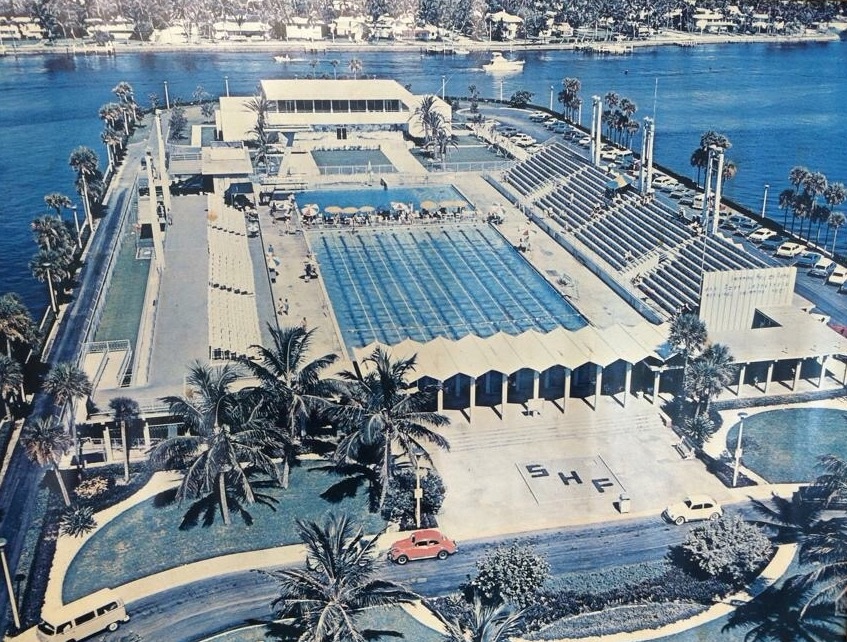 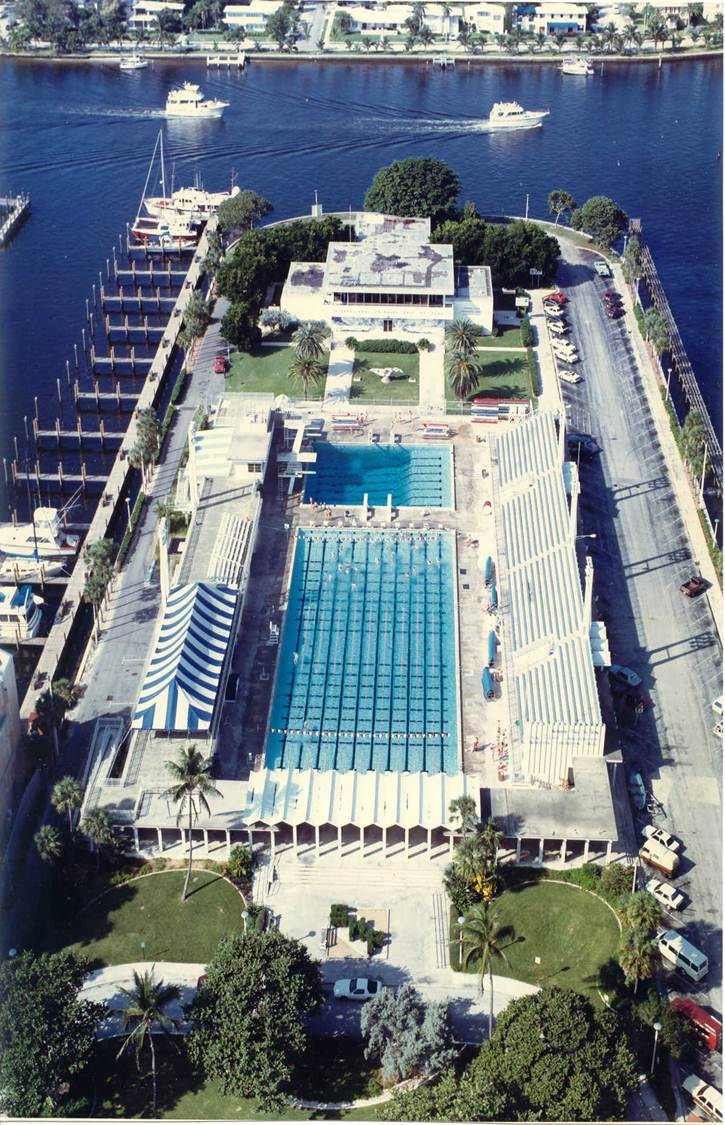 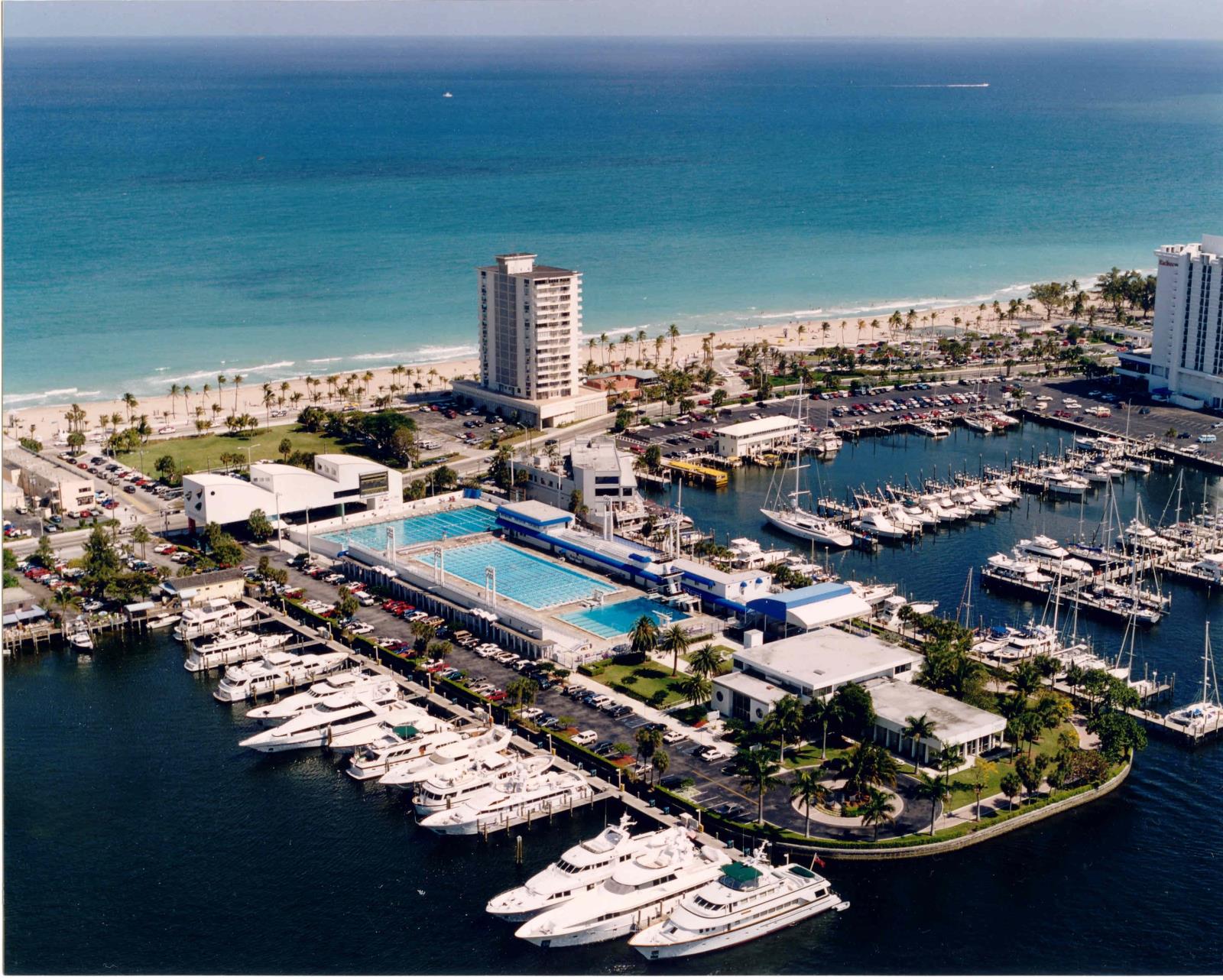