One of the World's Premier Beachfronts

The City of Fort Lauderdale boasts more than seven miles of sparkling beaches that offer residents and visitors premier opportunities for recreation, relaxation and enjoyment. The City’s award-winning wavewall and signature beachfront promenade highlight Fort Lauderdale’s world famous coastline, which is punctuated by an array of shops, restaurants, sidewalk cafes and entertainment venues. Beachgoers can participate in a wide range of activities from boating, wind surfing, jet skiing and volleyball to snorkeling, scuba diving, deep-sea fishing and rollerblading. Or, if relaxation is what you desire, simply sit back, unwind and enjoy breathtaking views of the Atlantic Ocean.

Fort Lauderdale Ocean Rescue supervises the two miles of continuous public beach from the South Beach Picnic Area up to and including the beach in front of Hugh Taylor Birch State Park. In the guarded areas of the beach, there are 15 year-round, permanently staffed lifeguard towers spaced between 200 and 400 yards apart. There are also as many as 10 temporary-auxiliary stands that are used during the peak season, special events and holidays. 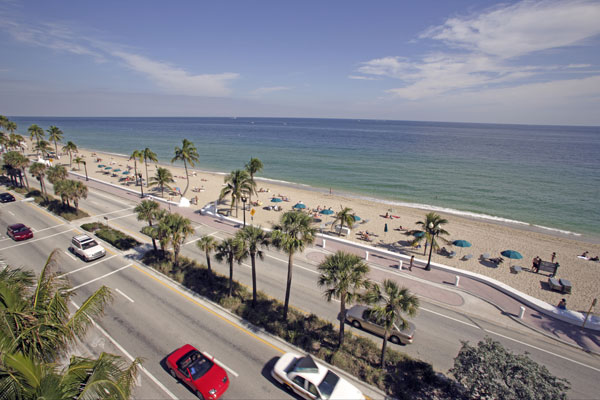 Many years of successful redevelopment has helped transform Fort Lauderdale Beach from a seasonal tourist spot to a year-round, world-class family resort destination.

For decades, as portrayed in the movie Where the Boys Are, Fort Lauderdale Beach was known primarily as a place where college students came by the thousands to celebrate Spring Break. In the mid 1980s, the City decided to make a concerted effort to shed its image as a mecca for college students by passing a strict ordinance prohibiting public drinking.

In 1986, voters approved a $47 million General Obligation Bond which paved the way for several redevelopment projects. Foremost among these was the $26 million renovation of Fort Lauderdale Beach. The renovation included the complete redesign of coastal roadway A1A, the elimination of diagonal beach front parking, the addition of landscaped medians, pullout lanes, bicycle lanes, new traffic signals, brick paved pedestrian crosswalks, expanded sidewalks and a pedestrian beachfront promenade. The most dramatic change was the construction of a beach wavewall – a flowing, swirling beach wall that extends two miles along the central portion of Fort Lauderdale Beach. Since its completion, the wavewall has become the signature attraction for locals and tourists alike.

Fort Lauderdale’s Beach redevelopment project brought national and international recognition, instilled community pride and began to redefine the City as an international center for business, culture, leisure and recreation. The ensuing years have brought even more public and private investment in the area.

Through the cooperative efforts of residents, businesses and local government, Fort Lauderdale Beach has been successfully transformed into a beautiful, friendly and exciting destination that families can enjoy year round. 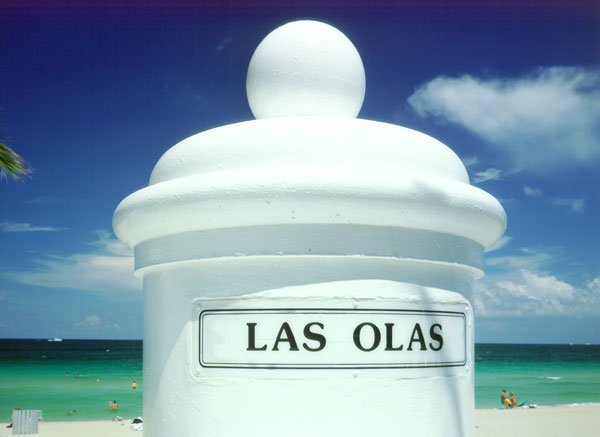 Blue Wave Beaches are designated by the Clean Beaches Council and have met 22 specific criteria, including passing a monthly water quality test, having emergency care nearby and environment preservation. All five of Florida's South Atlantic Blue Wave Beaches are in Broward County, including Fort Lauderdale Beach (the others are Dania Beach, Deerfield Beach, Hollywood Beach, and Pompano Beach).