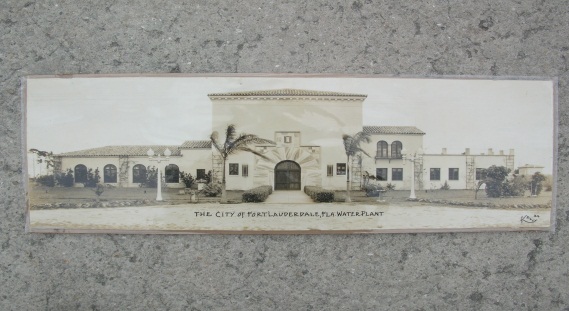 The Peele Dixie Water Treatment Plant has been providing drinking water to Fort Lauderdale neighbors for close to a century. The plant is one of the City's most striking buildings, and it has quite an interesting history. In the 1920's, a land boom attracted many new residents to Fort Lauderdale, creating an increased need for safe, clean drinking water. A site safe from salt water intrusion was found west of the City, and in 1926, the Dixie Water Plant opened. Its capacity then was six million gallons of water a day. 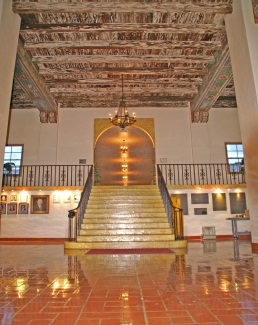 The plant's Mediterranean architecture and spacious grounds soon became well known to area residents. Its original pecky cypress ceilings, Cuban-tile floors, and cascading aerators -- which were lit at night -- drew many visitors. Sunday excursions to the water plant out in the "country" became popular for families. Considered then the largest and most storm resistant building in  Broward County, the plant also served as a refuge during severe hurricanes prior to World War II. Over the years, the plant was expanded and modernized, increasing its capacity to 20 million gallons a day.

In 1975, the City Commission renamed the plant to honor Walter E. Peele, a retired utilities department employee. Mr. Peele's expertise in the water treatment field, along with his maintenance skills, greatly contributed to the dependable service the plant had provided throughout the years. 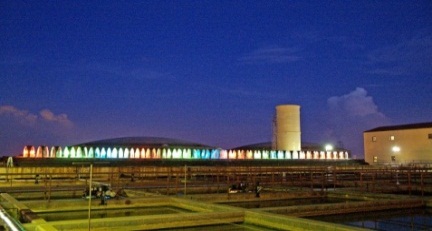 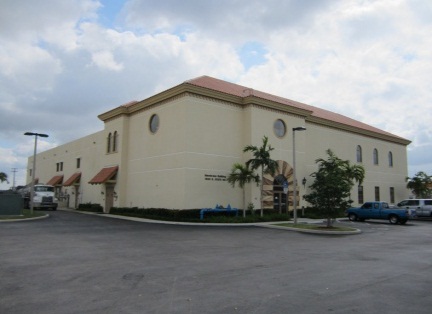 The “Membrane” Peele-Dixie Water Treatment Plant was completed in April 2008 to complement Fiveash, the existing lime softening treatment plant. The new membrane plant has a similar Mediterranean architecture. The design capacity is 12 MGD with four membrane system trains (skids) that produce three MGD each. The entire system, from the well field to the concentrate injection well, is a closed system. The raw water well field consists of eight new Biscayne wells located a few miles away at the Fort Lauderdale Country Club. The plant is designed to recover 85% water as permeate. The remaining 15% concentrate water is disposed of by injection into an approximately 3,000-foot deep injection well.

Pretreatment: Consists of one automatic backwash strainer to remove sand coming in from the well field, followed by four cartridge filter vessels. During pretreatment the conditioned water quality must meet various parameters periodically monitored by the operational staff. 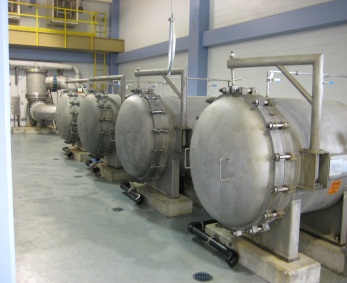 Membrane Treatment: After pretreatment, if the water quality is satisfactory, conditioned water is sent to the membrane skids for processing. The two stage skid will remove hardness and other minerals from the raw water. 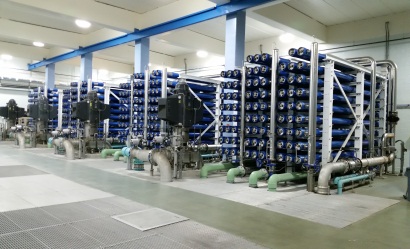 Post Treatment: The permeate water recovered (drinkable water) is sent to the air strippers for degasification (Figure 2 below). After aeration, the water is disinfected in the clear well and it is transferred to two on-site ground storage tanks (GSTs). The treated water is then pumped to our neighbors via the distribution system. 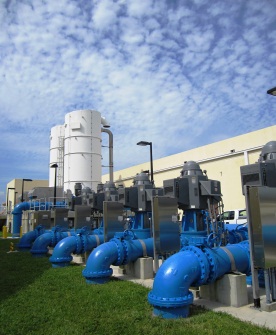 Concentrate Injection: The concentrate water (15% waste) is sent to the deep injection well. 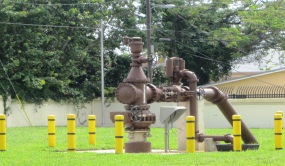 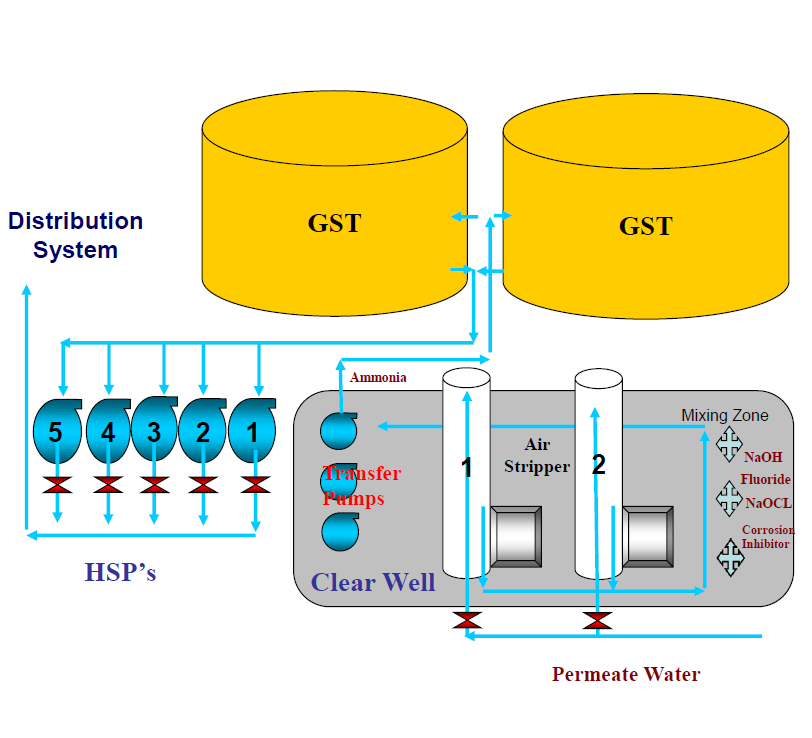