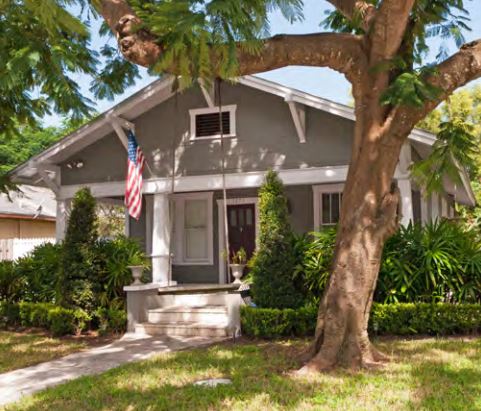 The Sailboat Bend District is located in the southwestern section of the City. It is the largest of the three districts and includes more than 550 buildings. It is also the oldest neighborhood in the City, dating from the early 1900s until the 1950s. The majority of the houses are small, one-story, vernacular residences with Bungalow, Mission, or Mediterranean Revival style details. These were popular elements found in adjacent communities and throughout the United States. The inventory also includes some larger homes located along the New River. There are several Key Contributing sites associated with the growth of this community, including the Swing Bridge, the West Side Fire Station, and the West Side School. These last three sites are also listed as local individual landmarks.

Himmarshee Historic District is the oldest section of the commercial downtown. It includes early 20th century businesses located along the north and south sides of Himmarshee Street. The district is bounded on the east by the railroad tracks, on the south by the New River, and the west by Nugent Ave. and portions of the north side of SW 2nd St. There are about 17 properties here, including the Fort Lauderdale Historical Society in the Hoch Heritage Center, the Philemon Bryan House, the King-Cromartie House, and the restored New River Inn, which operates as an historical museum. In addition, the historic Bryan Homes operates as the River House Restaurant. A replica of the first Fort Lauderdale schoolhouse has been reconstructed within the district. 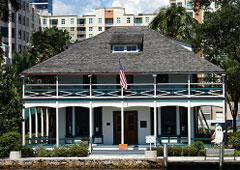 In 1982 the City rezoned the Stranahan House and property as an H-1 district in order to protect the area from development.