The South Florida metropolitan statistical areas (MSA) have consistently been named among the most dangerous places to be a pedestrian since the 1990s.  In 1997, the Surface Transportation Policy Project published Mean Streets: Pedestrian Safety and Reform of the Nation’s Transportation Law, which named the Fort Lauderdale-Hollywood-Pompano Beach, FL MSA the most dangerous large metropolitan area for walking in the nation.  In 2013, the National Highway Traffic Safety Administration identified Fort Lauderdale as having the 2nd highest number of pedestrian deaths per capita and the 5th overall most traffic deaths per capita in the nation (see figure 1). Since Mean Streets, Dangerous by Design has identified Florida MSA in their top 10 most dangerous places to be a pedestrian, and the Walking and Biking Alliances Benchmarking Report has repeatedly named Florida among the most dangerous states for both bicycling and walking. 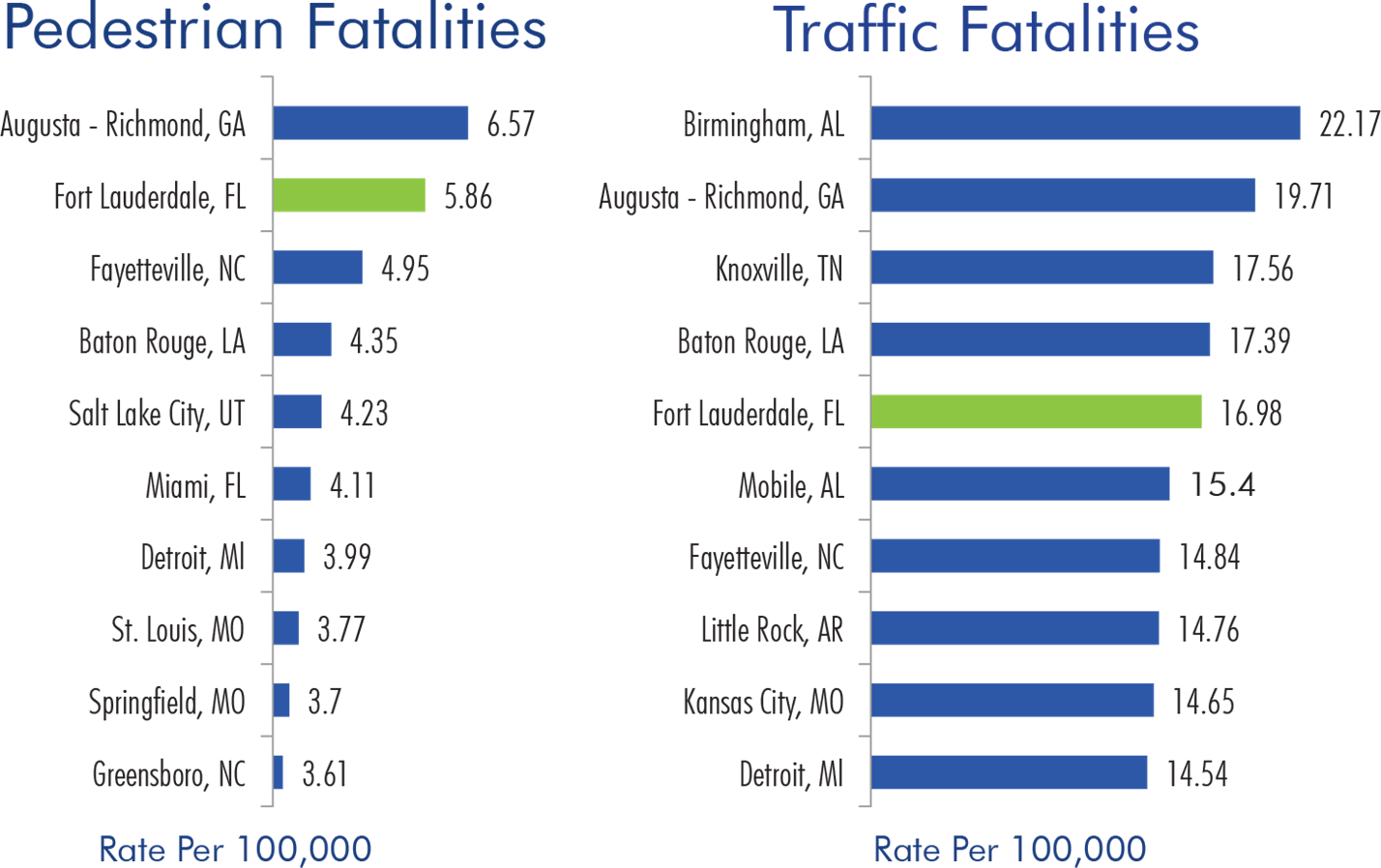 It was not until 2012 that the City of Fort Lauderdale created their Transportation Division in the Transportation and Mobility Department. Shortly after creating the Transportation Division, the Division published their Complete Streets Policy in 2013 to create safer streets that would accommodate users of all ages, abilities and modes.  Their next step would be to create an implementation plan, which would later be published in 2014 as their Connecting the Blocks Plan. These plans set the foundation for prioritizing safe infrastructure for non-motorized transportation, a group of users that have the largest share of deadly crashes, and help enhance these users’ mobility around the City.  As the Transportation Division reviewed the Annual Neighbor Survey (see table 1) and conducted analyses, the Division continuously saw a need to further enhance safety, especially among people walking and biking. Soon, the Division learned about Vision Zero and realized that their goals, to have safer streets in Fort Lauderdale, were directly aligned with Vision Zero. In November 2015, with the City Commission's support, the Fort Lauderdale Vision Zero Street Safety Action Plan was adopted. 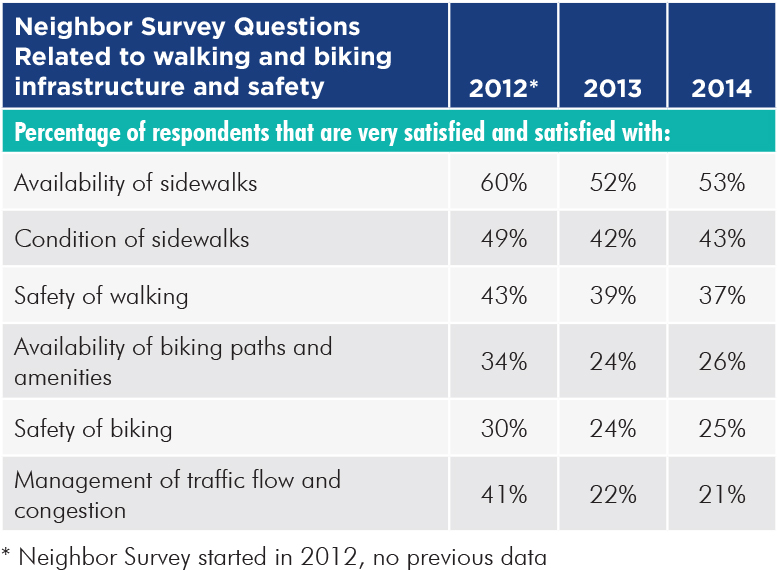 In the 2014 Neighbor Survey, residents ranked the safety of biking as the highest priority within the transportation and mobility category. In addition, the most important type of capital for leaders to fund was walkable/bikeable streets, greenways, and paths. 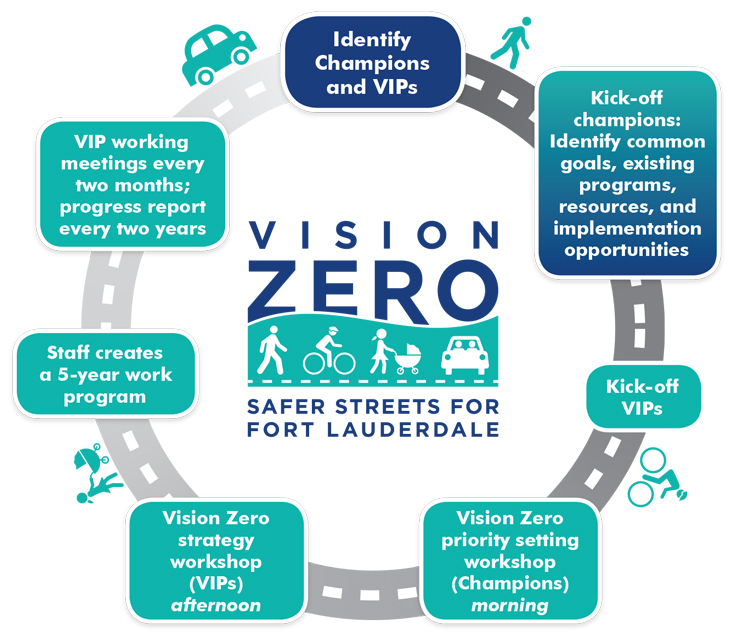 On May 19, 2016, the City held a Vision Zero Fort Lauderdale workshop, which was the first step in officially launching Vision Zero. The workshop brought the Vision Zero Champions and VIPs together to discuss priorities for the 5-year work program. Below is a visual representation of topics discussed throughout the day. 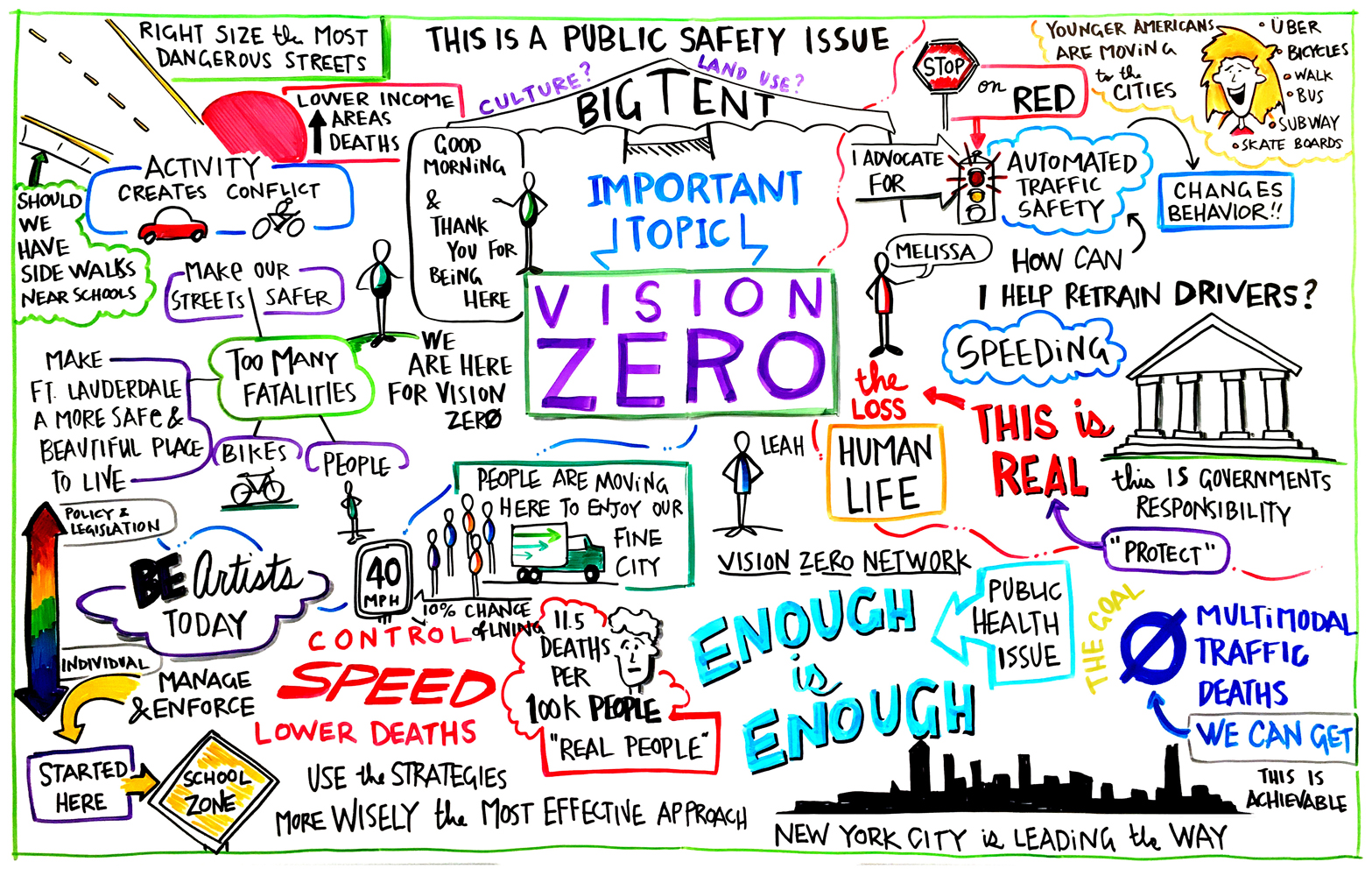 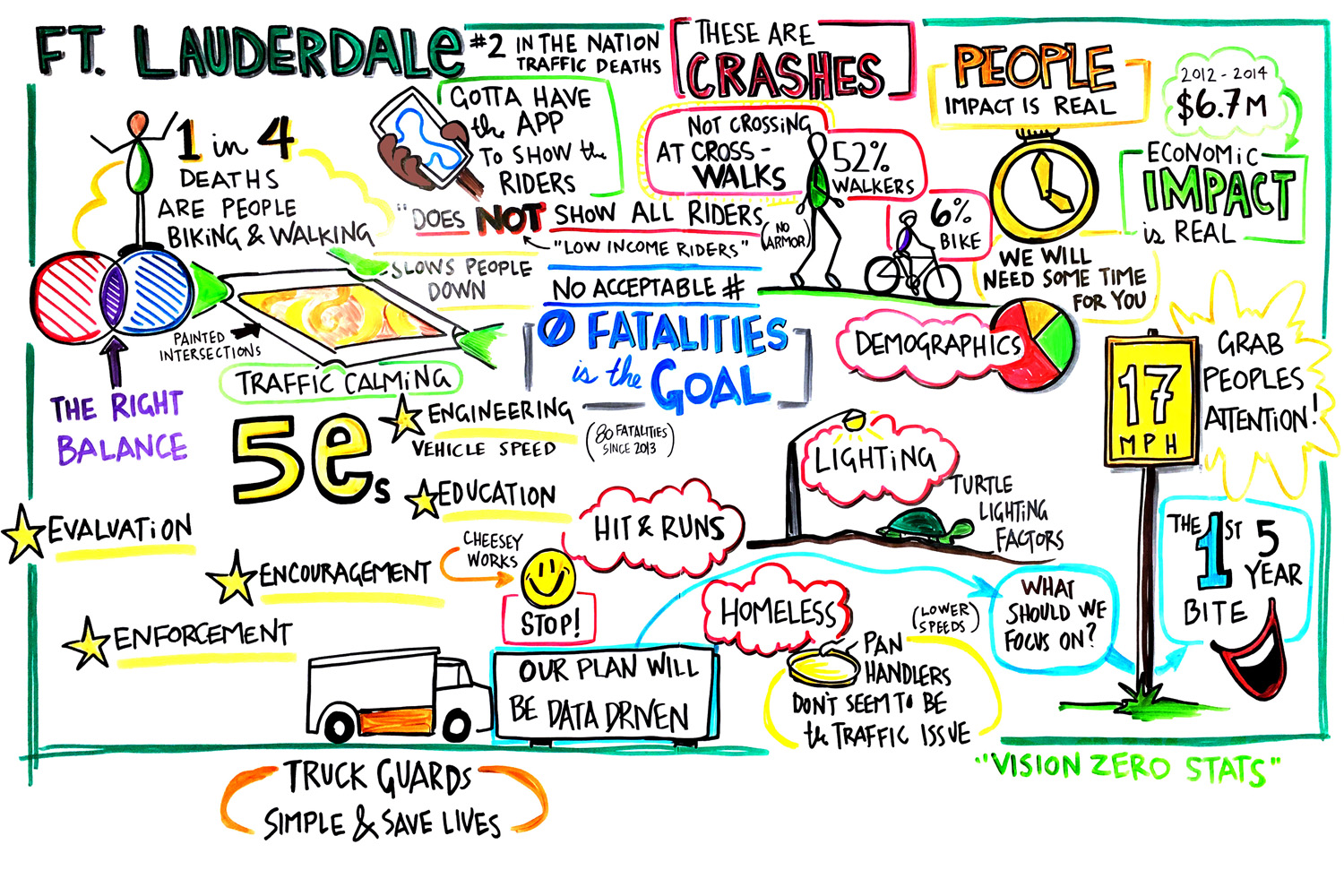 Achieving zero traffic deaths and serious injuries through the five Es (Engineering, Education, Enforcement, Encouragement and Evaluation) will take time and dedicated resources. Implementation requires efforts from both private and public partners at the city, county, state, and federal government level. This plan was developed in partnership with a wide range of partners as listed below. The implementation of the plan will utilize the continued support of these partners, as well as continue to build new partnerships into the future.

HAVE YOUR ORGANIZATION BECOME A PARTNER TODAY!