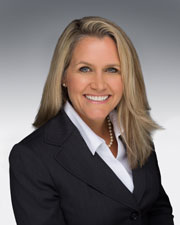 Heather Moraitis was born in Fort Lauderdale and graduated from the University of Florida with a Master’s degree in Education. She returned to Fort Lauderdale to raise her family with her husband George upon completion of his service in the United States Navy. Heather worked for the Navy in Italy overseeing two child development centers.

After returning to Fort Lauderdale, she was an education consultant for Jack and Jill Children’s Center helping relocate the center from Sistrunk Blvd to the current location on Broward Blvd. She taught elementary school at Westminster Academy before serving as their Director of Development.

Heather has been active in the community. She was the president of the Junior League of Greater Fort Lauderdale where she worked with a group to launch the Fort Lauderdale Independence Training & Education (FLITE) Center for youth aging out of foster care. During her time in the Junior League, she also led a team to write a nutrition program for 2nd grade students which was implemented in Broward County Public Schools. She received the Governor’s Points of Light Award and the Florida Department of Education Commissioner’s Business Recognition Award for her service to the community.

She currently serves on the board of the Coral Ridge Isles Homeowner's Association. She is married to Representative George Moraitis and they have two teenage daughters.