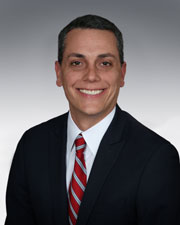 Ben grew up in a family committed to service. He is the proud product of Florida public schools and is passionate about working together to make Fort Lauderdale an incredible place to live, work, play and visit. Ben has long worked with neighbors in Fort Lauderdale to address issues facing our City, and he believes in not just talking about problems but in implementing solutions. Ben’s father, Dr. Andrew Sorensen, and mother, Donna Sorensen, were married for 42 years prior to Andrew’s death. During that time they raised 2 sons and managed 2 careers. Andrew was a high school teacher, Presbyterian minister, public health researcher, dean, and university president. Donna was a chemist, high school chemistry teacher, and dietitian. Their professional careers merged at Johns Hopkins University where they were both heavily involved with the evolving HIV/AIDS epidemic. His dad co-founded the HIV/AIDS Institute at Johns Hopkins Hospital and his mom oversaw the nutritional needs of these patients. Andrew served as Provost at the University of Florida from 1990 to 1996, President of the University of Alabama from 1996 to 2002 and the President of the University of South Carolina from 2002 to 2008.

A third generation Presbyterian minister, Ben is a former volunteer Chaplain for the Fort Lauderdale Police Department and a current volunteer Chaplain for the Hollywood Police Department. He serves on the Board of Directors of the Leadership Broward Foundation and is a former member of the Broward County Human Rights Board, a former Guardian Ad Litem First Responder and served on the Board of Directors of the Greater Fort Lauderdale Chamber of Commerce and the Downtown Council Board of Governors. Ben is a founding member of Mission United, a program of the United Way of Broward County that focuses on ending veteran homelessness. Recognized for his leadership in our community, Ben has received multiple awards and honors including being named a Paul Harris Fellow by the Rotary Foundation of Rotary International and the 2019 Broward Community Leader of the Year Award by the Miami Association of Realtors.

Ben is the third generation in his family to serve in the United States Armed Forces. Ben’s grandfather served as a Staff Sergeant in the Army during World War II from 1941 to 1945. As a halftrack commander, his grandfather fought in Normandy, Belgium, Luxembourg, Holland and Germany, ultimately earning multiple combat awards including a Bronze Star. Ben’s father served in the Army as a Chaplain from 1960 to 1969, rising to the rank of Captain. Ben proudly serves in the Navy Reserve as a Lieutenant Commander specializing in intelligence where his responsibilities include identifying, analyzing, and disseminating real-time intelligence in support of operational warfare.

Ben was selected as an officer in the U.S. Navy Reserve in February of 2008 and is an Information Warfare Officer. In April of 2008, Ben reported to Naval Air Station Jacksonville for Naval Intelligence Officer Basic Course (NIOBC) Phase I. Ben graduated from NIOBC Phase I in September 2008. That same month, Ben reported to and graduated from the Direct Commission Officer (DCO) Indoctrination Course at Officer Training Command Newport. Ben then graduated from NIOBC Phase II at the Fleet Intelligence Training Center. He completed all requirements of the Naval Intelligence Officer Basic Professional Qualification Program and was awarded the Intelligence Officer Basic Additional Qualification Designation. In 2010, Sorensen was named NR JOICSOUTH 0174 Junior Officer of the Year. In 2011, Sorensen was accepted to the Defense Intelligence Agency’s National Intelligence University for a two-year Master of Science of Strategic Intelligence program and graduated in 2013. He served in a Navy Reserve unit at the Pentagon from 2013 to 2018 where he worked for the Chairman of the Joint Chiefs of Staff. Ben is currently a Department Head for a Navy Reserve unit at U.S. Southern Command and his personal awards include the Joint Service Commendation Medal, the Global War on Terrorism Service Medal, and the Navy and Marine Corps Achievement Medal.

In 2007, Ben co-founded and currently serves as Vice President of Optimum Associates, LLC, which provides leadership, sales and management training to large corporations, small businesses and non-profit organizations. Ben has earned six degrees: a Master of Science of Strategic Intelligence from the National Intelligence University, a Doctor of Ministry from Amridge University, a Master of Divinity from Amridge University, a Juris Doctor from Georgetown University Law Center, a Master of Arts of Leadership and Liberal Studies from Duquesne University, and a Bachelor of Arts from Emory University. While at Georgetown Law, Ben studied International Trade Law under current United States Supreme Court Chief Justice John Roberts.

Ben is married to Anna Sorensen, who works at the NSU Art Museum Fort Lauderdale, and they are proud parents of Alexandra and Louise.